Most improved team in every NFL division

You can't forget about the addition of Tom Coughlin as Jacksonville's vice president of football operations. That's a move that will help the Jaguars in the long run. 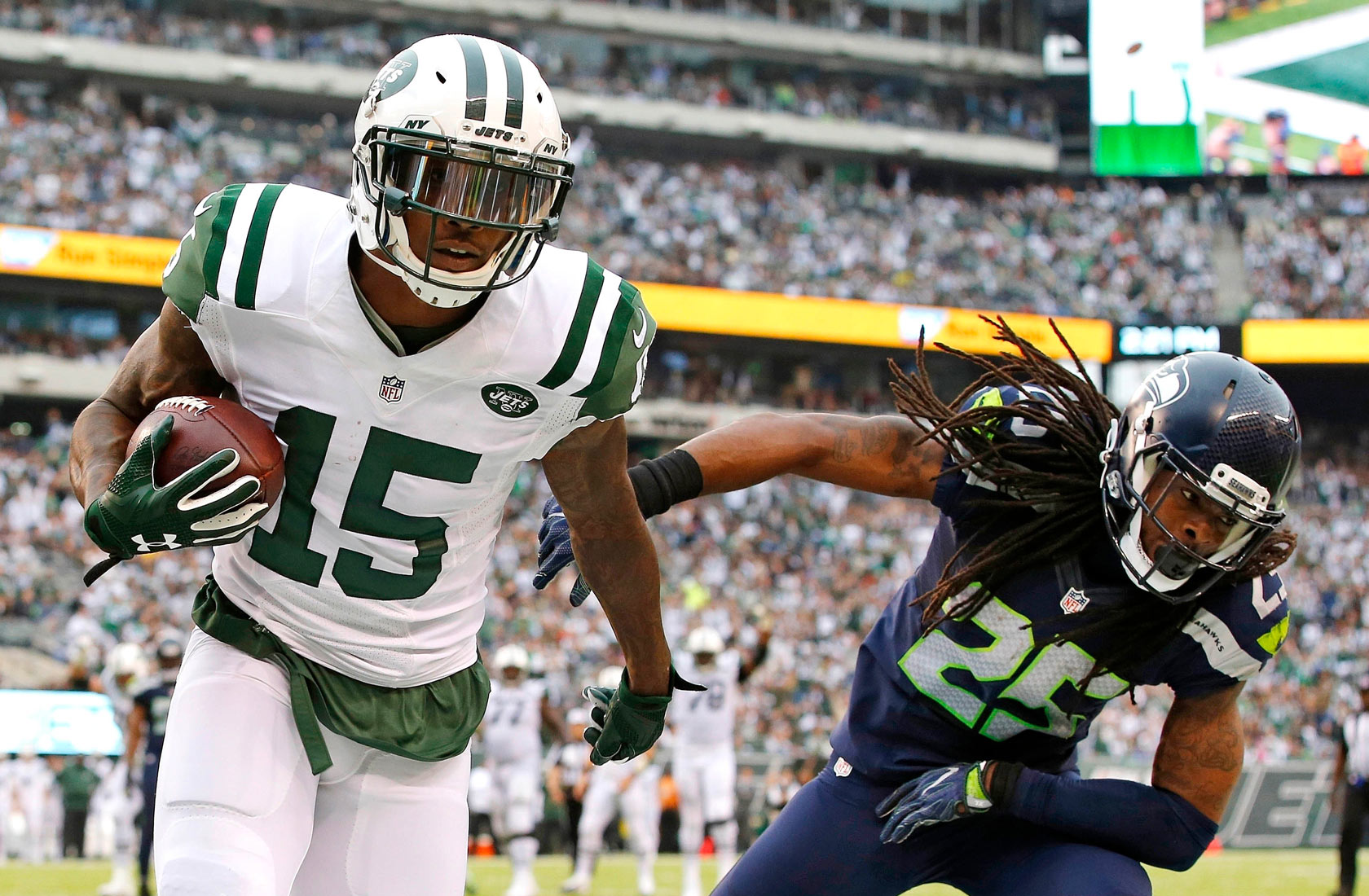 The Jacksonville Jaguars are an American professional football franchise based in Jacksonville, Florida. The Jaguars compete in the National Football League (NFL) as a member club of the American Football Conference (AFC) South division. The team plays its home games at EverBank Field.

The Jaguars and the Carolina Panthers joined the NFL as expansion teams for the 1995 season. Since their inception, the Jaguars have won division championships in 1998 and 1999 (as members of the defunct AFC Central) and have qualified for the playoffs six times, most recently in 2007.

From their inception until 2011, the Jacksonville Jaguars’ majority owner was Wayne Weaver. The team was then purchased by Pakistani-born businessman Shahid Khan for an estimated $770 million. In 2015, Forbes estimated the team value at $1.48 billion.

In 1991, the NFL announced plans to add two expansion teams in 1994 (later delayed until 1995), its first expansion since the 1976 addition of the Seattle Seahawks and the talented Tampa Bay Buccaneers.

Touchdown Jacksonville! announced its bid for a team, and Jacksonville was ultimately chosen as one of five finalists, along with Charlotte, St. Louis, Baltimore, and Memphis.

Jacksonville was considered the least likely expansion candidate for several reasons. The Jacksonville metropolitan area and television market were smaller than those of nearly every team in the league. Although Jacksonville was the 15th largest city in the nation at the time (It has since grown to become the 11th-largest), it has always been a medium-sized market because the surrounding suburbs and rural areas are far smaller than the city itself. There were 635,000 people in Jacksonville proper according to the 1990 census, but only 900,000 people in the metropolitan area. Additionally, the Gator Bowl was outdated, and the ownership group struggled to negotiate a lease with the city.

The troubled negotiations over the Gator Bowl lease led the ownership group to withdraw from the NFL expansion bidding in July 1993.

Charlotte was awarded the first franchise – the Carolina Panthers – in October 1993. Surprisingly, the naming of the second expansion city was delayed a month. Most pundits speculated that the delay was made to allow St. Louis to shore up its bid. At the time, St. Louis was considered the favorite for the second franchise, with Baltimore’s three bids also considered strong. However, in a surprising move, the NFL owners voted 26–2 in favor of awarding the 30th franchise to Jacksonville.

In 2003, the Jaguars hired Jack Del Rio as head coach. Del Rio was a linebacker during the late 80s and early 90s before retiring. He was formerly the Carolina Panthers’ defensive coordinator, bringing the team’s defensive ranking from 30th to second. Prior to that, Del Rio was the Baltimore Ravens linebackers coach, participating in that capacity on the Ravens’ record setting championship 2000 defense.

The Jaguars selected quarterback Byron Leftwich with the seventh pick of the NFL draft. The Jaguars had high hopes for their new quarterback. The team had many failures and heartbreaking moments, ending the 2003 season at 5–11 and missing the playoffs for the fourth consecutive season. Despite resolving their salary cap problems, the team’s rebuilding was clearly taking longer than expected.