Hurricanes too good for dogged Reds

A bloodbath looked on the cards after two early tries to the reigning champions, who were slick and confident in Saturday night's opening exchanges. 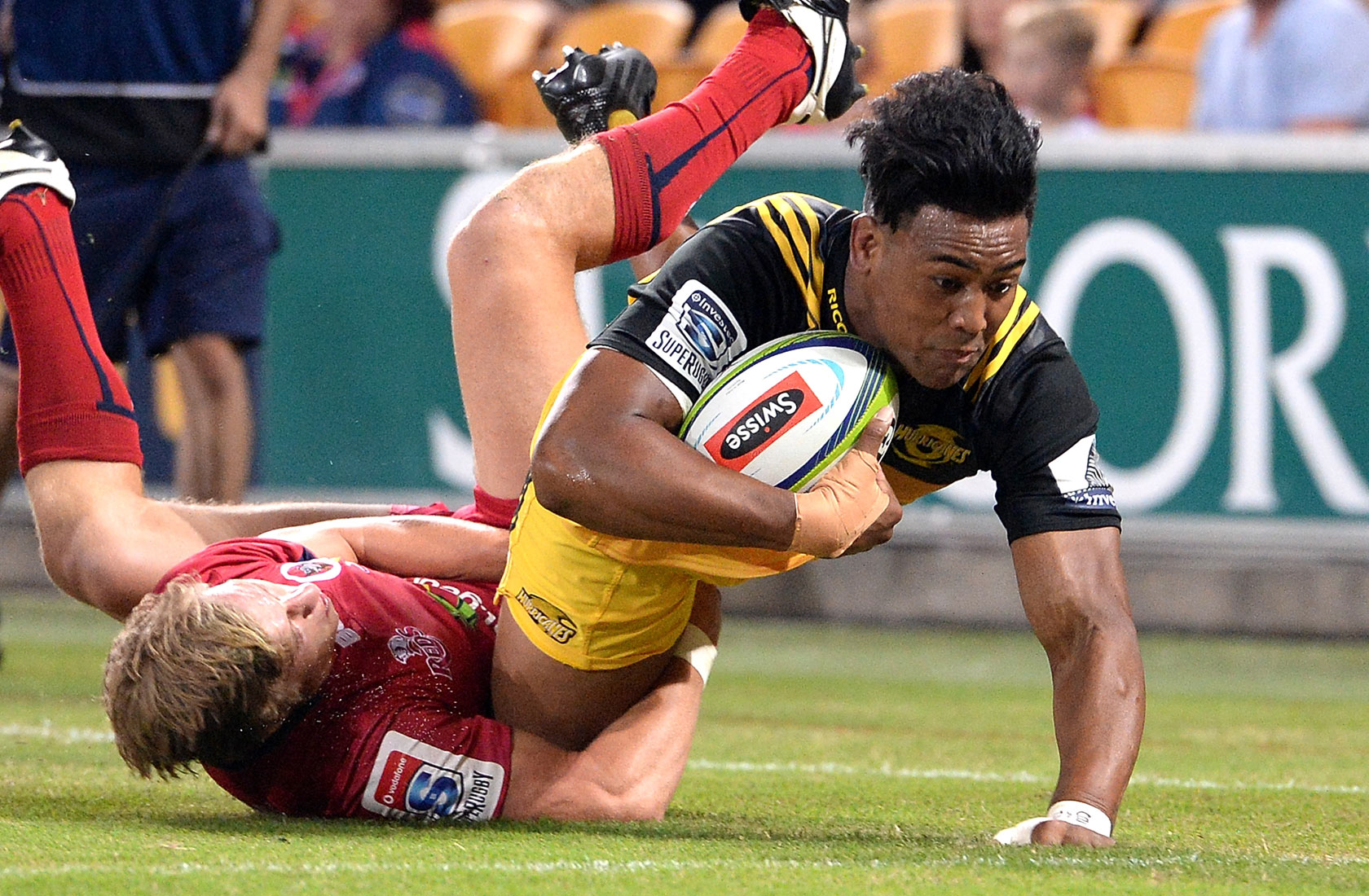 The Hurricanes were formed to represent the lower North Island with the conception of the Super 12 competition in 1996, which featured teams from New Zealand, South Africa and Australia. The Hurricanes had a poor first season, but rebounded in 1997 with a third placing. The team did not reach the play-offs for another five years as the team struggled in the bottom four of the table. Since 2003 the Hurricanes have made the post-season play-offs seven times out of the last fourteen seasons; including the 2006 final, which they lost in horrendously foggy weather.

After hosting, but failing to win the final in 2015, the 2016 season was the Hurricanes best season to date. They won the Super Rugby Final 20-3 against the Lions, after again finishing the regular season first.

The Hurricanes were formed in 1996 as one of five New Zealand Super 12 teams, and were originally called the Wellington Hurricanes. The team’s first coach was former All Black Frank Oliver while Bull Allen was named as captain. Their first match, played at Palmerston North Showgrounds against the Auckland Blues, was the first ever Super Rugby match. They lost it 36–28. The team performed below expectations in the inaugural year of the competition and finished ninth. In 1997 the team made the semi-finals, losing in Canberra to the ACT Brumbies. However the consistent form shown during this season would not be seen again for many years.

Following their 1997 season, the Hurricanes failed to qualify for the semi-finals until 2003. Despite this, they were still known for the attacking nature of their backline that included the All Blacks stars Tana Umaga and Christian Cullen. The team played with flair and could score at any moment, whatever their position on the field, giving rise to the teams catch cry of ‘expect the unexpected’. However the team struggled for consistent performances and at crunch time in matches, leading to patchy form and results.

After the 1999 World Cup, Jonah Lomu’s contract with the NZRU expired he was linked to many clubs around the world, in rugby league as well as union and also the NFL’s Dallas Cowboys.

On 23 November 1999 it was announced that the winger had resigned from the NZRU and agreed terms with the Wellington Rugby Union, despite a reported a £1.1 million offer by Bristol. The move to the Wellington union meant he could be included in the protected group of players for the Hurricanes.

The Hurricanes also opened 2000 with a new stadium. The highlights of that year included the victory over eventual champions the Crusaders, 41–29, in front of a packed house. At the end of the season the ‘Canes still had a mathematical chance of making the semis and only had to beat the Bulls to stay in contention. However, the Hurricanes played one of their worst games of the year, losing the match to one of the worst performing teams at that point in the competition’s history and lost the possibility of qualifying for the semi-finals. The team finished eighth on the table.

Despite the Wellington Lions (whom most of the Hurricanes squad were chosen from) winning the 2000 NPC, the Hurricanes finished ninth in the final standings in 2001; one worse than the year before. Another ninth placing in 2002 resulted in Graham Mourie, who had led the team since 2000, resigning.